May we introduce ourselves 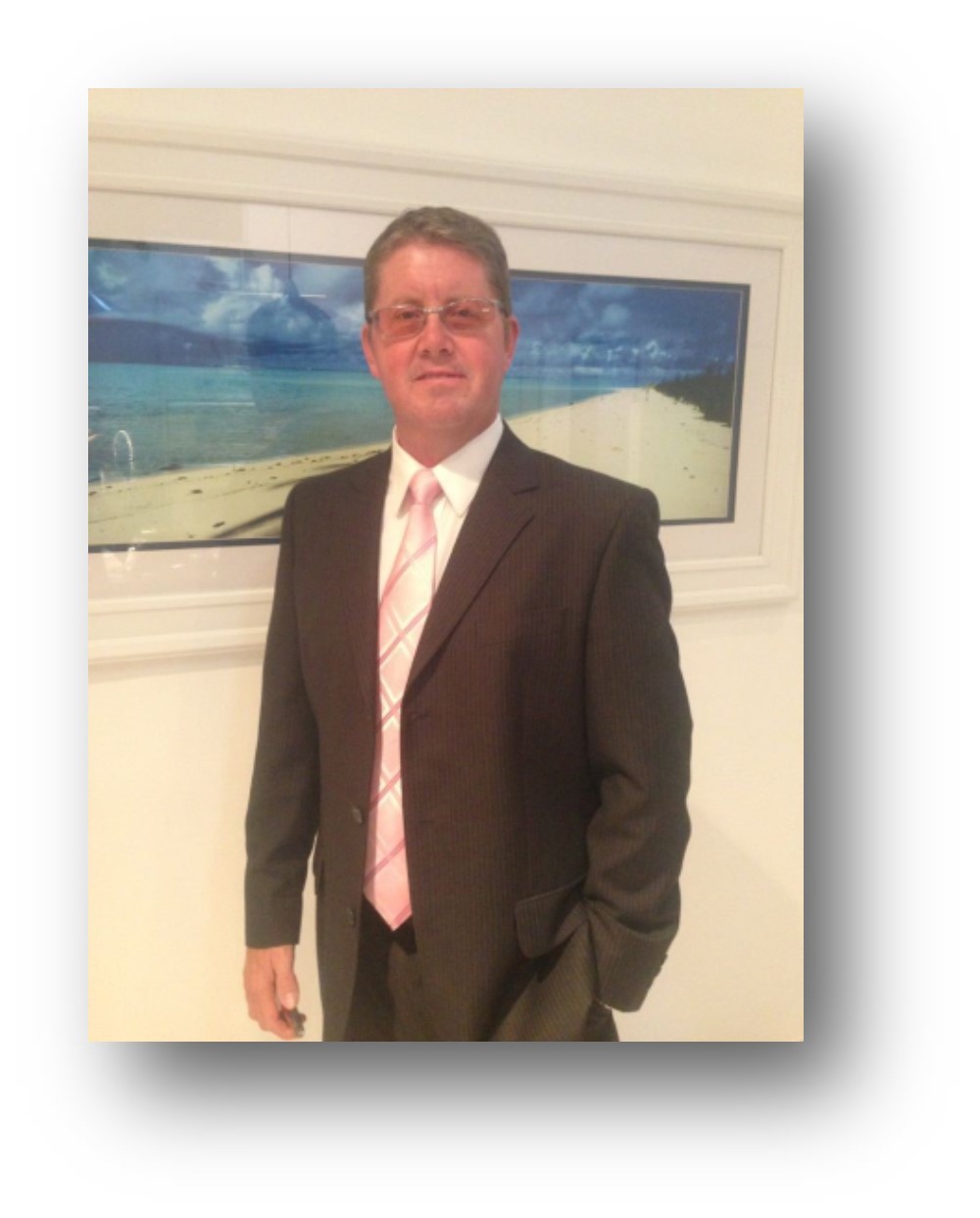 The British Realtor in Florida Group

When I started writing this I expected to end up at 20 lines of facts but I hadn’t realized quite how much I had done in by business life and it has become more a book than an introduction so, the bullet points below state the facts just in case you don’t have half an hour spare…. 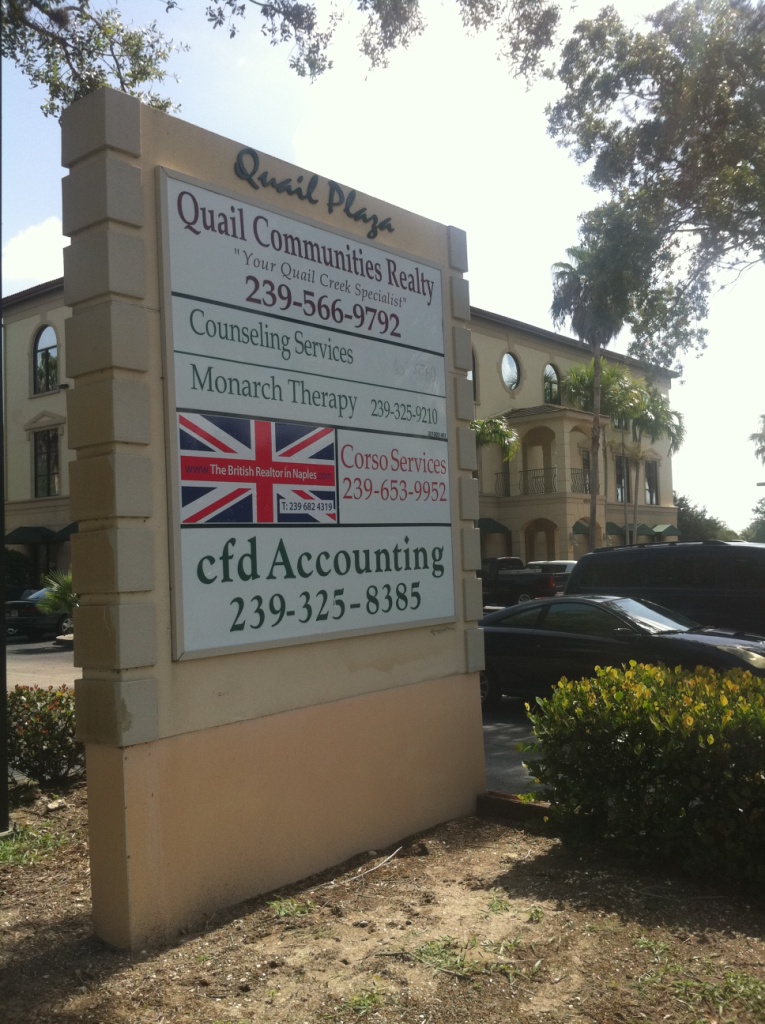 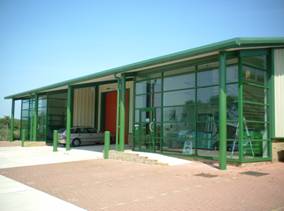 Example of some of clients property 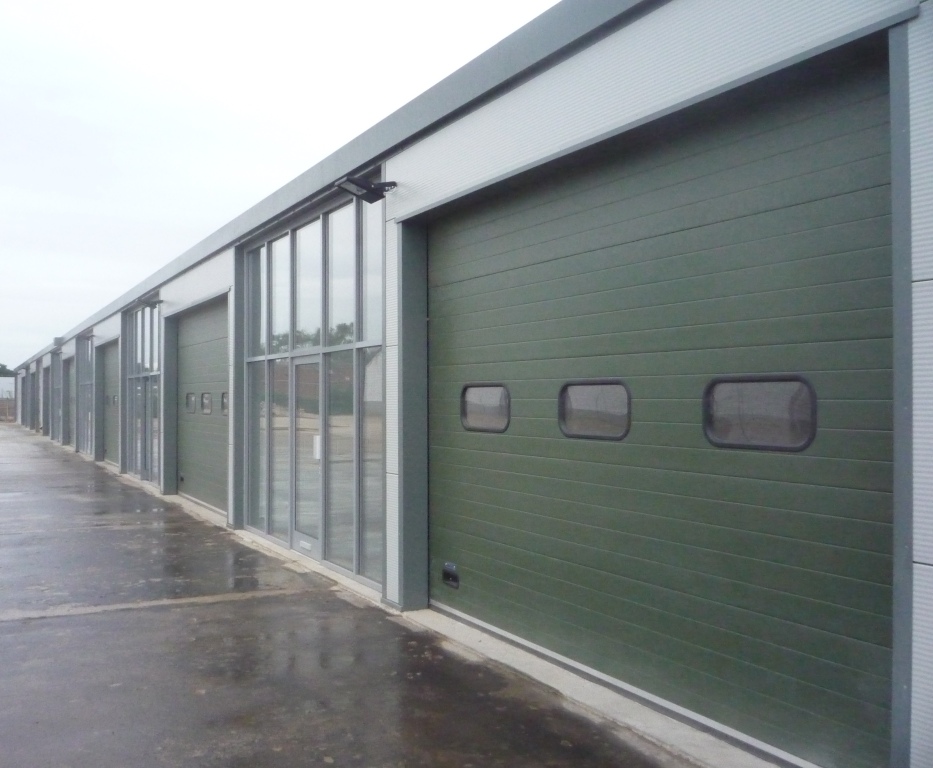 Example of some of our UK portfolio 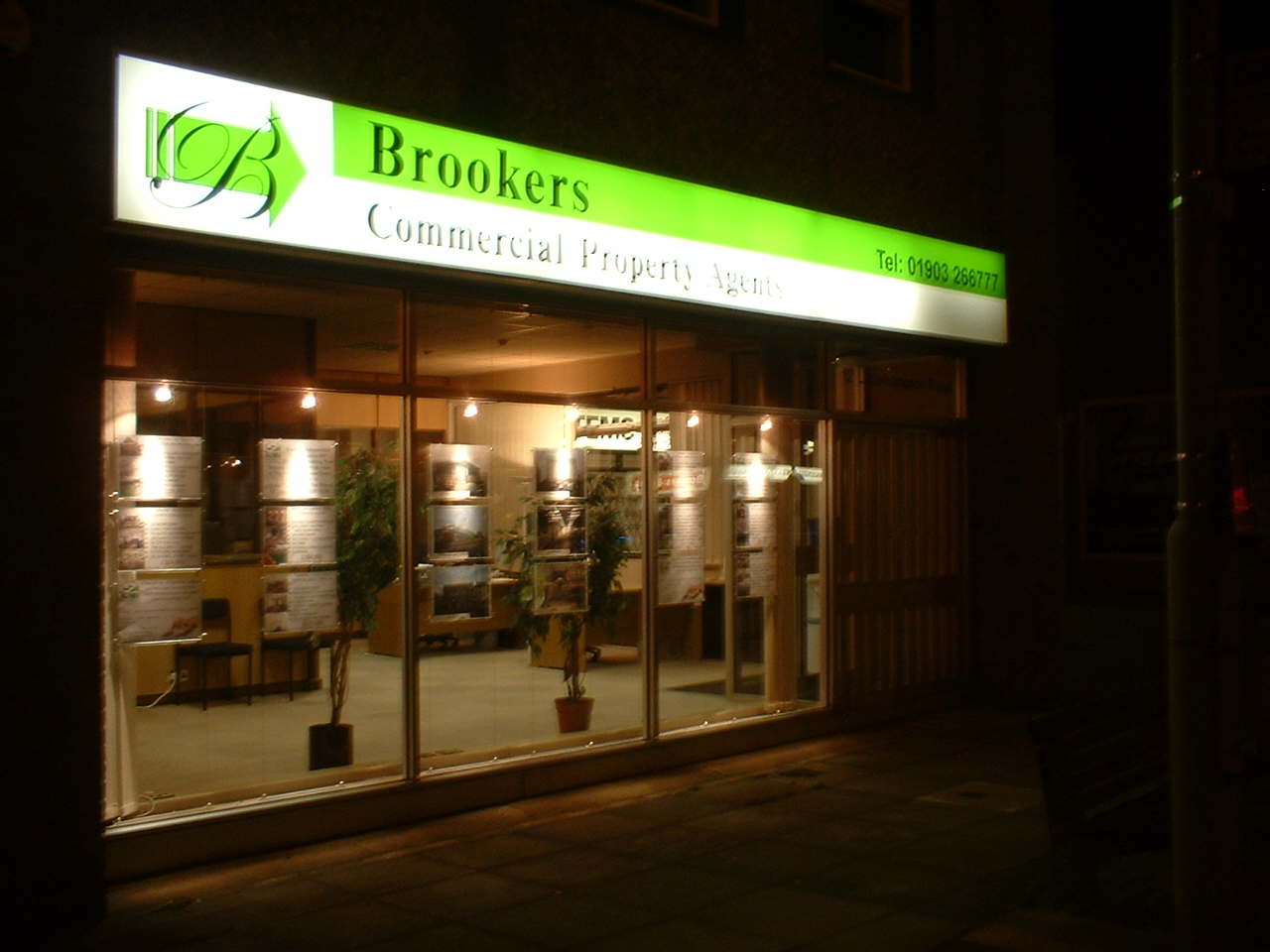 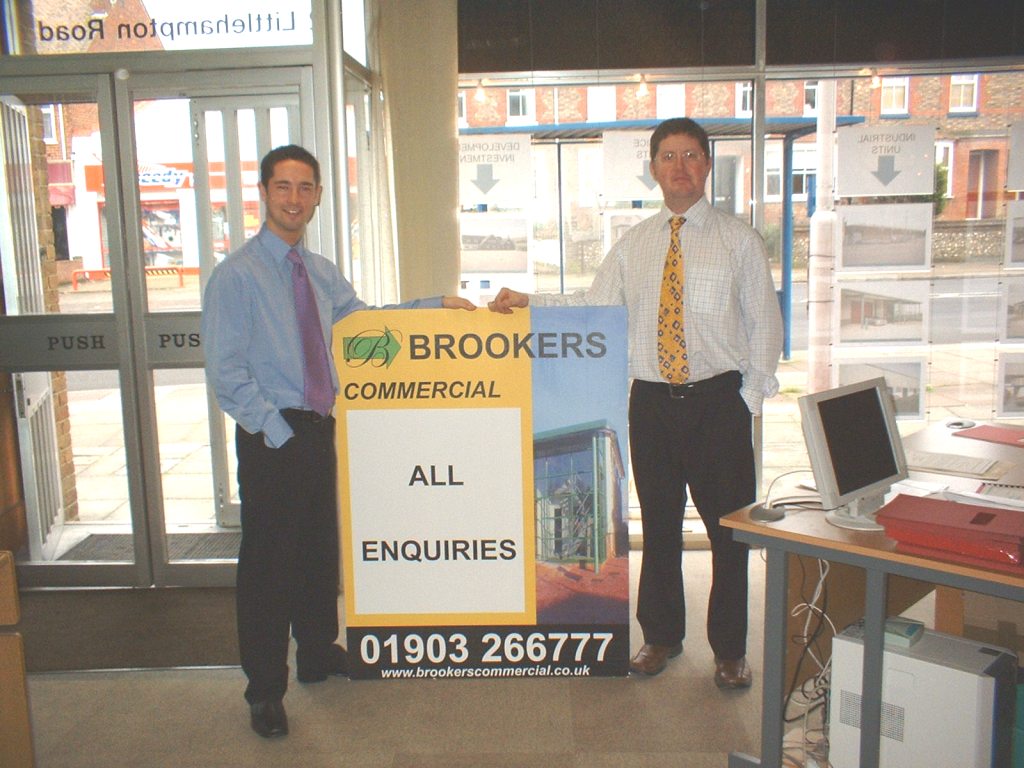 Residential Sales and Rental Agents with 2 offices in West Sussex. 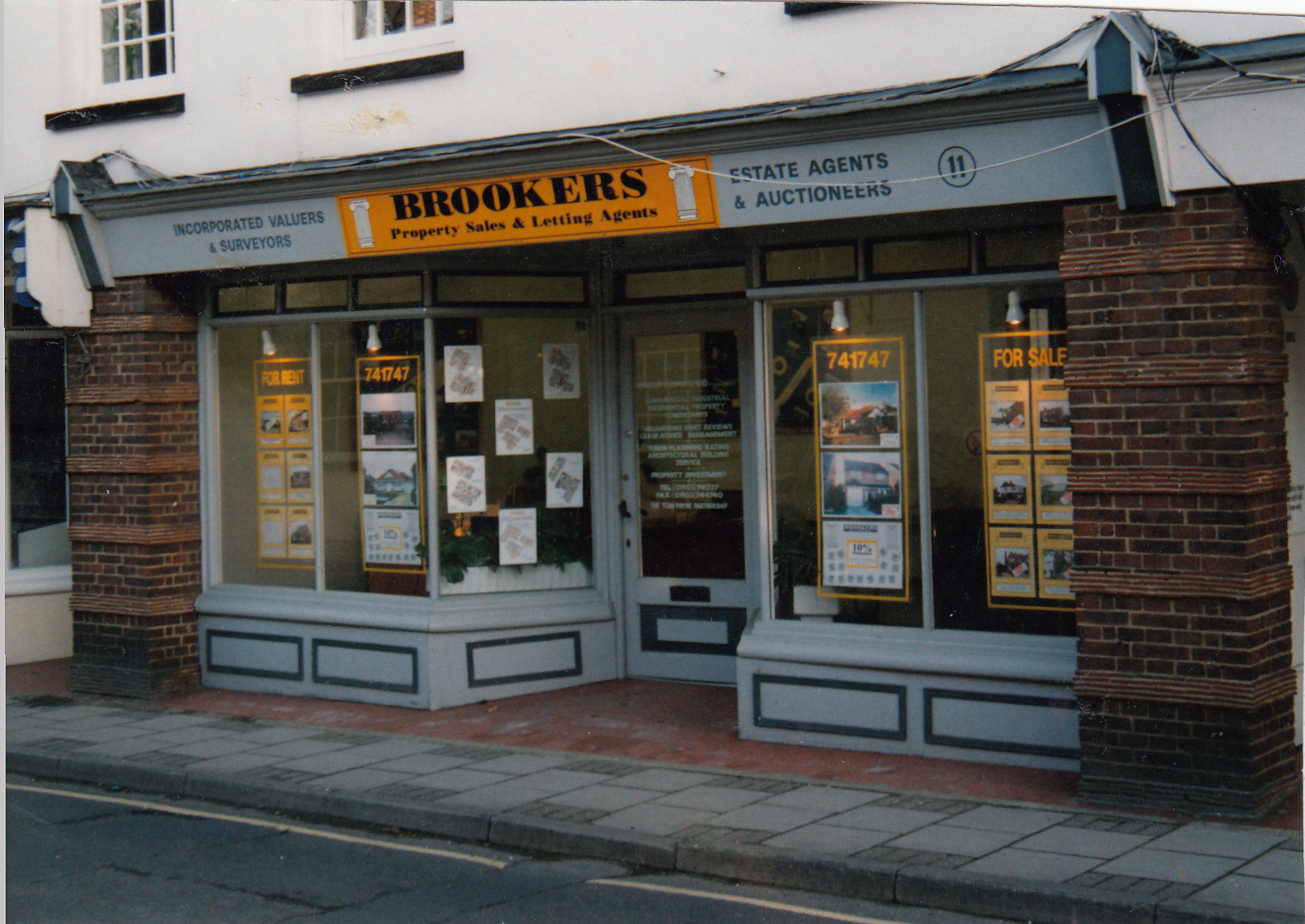 When articles are written for business they tend to concentrate on showing experience, knowledge and capability as these are the strengths that it is felt a potential new client is looking for .

They obviously show credibility which is very important but, in reality a new client also wants to know who you really are and how you tick as they are going to trust you to handle a substancial asset for them.

So before I outline my business career, this is the real Simon Brooker

1. I am British, born and bred in West Sussex.

2. I have two children. A daughter who is grown up married and has her own son and a son who works in one of my companies here in Florida.

4. I moved to Florida in 2010 and brought with me two Labrador dogs. Sadly they have since passed and I now have a crazy hound who I really must get around to training one day..

5. I actually started my working life as a professional trumpet player and am still seen on the odd

6. I drive a Range rover…..well I did say I was British

7. I have a wicked sense of humour and although when you deal with me you will see my professional side, trust me I am bound to say something which is a bit close to the mark and typically British.

8. I am only as good as those that work for me and I am delighted to say that I have a fantastic team who are enthusiastic and hard working.

The full business career history.....sorry it does go on a bit ... grab a cuppa

The early years of my life after leaving college are not that relevant to real estate and involve many jobs and a young man who it was obvious was never going to be satisfied to be employed by anyone.

Initially I worked as a session trumpet player in London and have played with many popular and Jazz artists including a tour with the band 'Simply Red' which was the highlight of my short career in the music industry. My perceptive of the industry after this tour was that it was great fun but was never going to be a reliable job that would pay the mortgage.

I have been in the Real Estate industry for over 35 years and started as a trainee negotiator at a small Estate Agents practice in Worthing West Sussex.

Within 2 Years I had been promoted a number of times and ended up managing a small country office in the historic town of Arundel again in West Sussex.

In 1989 I took the plunge and opened up my own Estate Agents office back in Worthing town centre on a shoestring budget. The next two years I can only describe as being a learning curve as I soon found out that managing an office for someone else was not the same as being the bill payer, agony aunt to the staff, advertising manager, sales manager and general dogs body.

Once we had established the basics of running a business, the company excelled and in 1992 we opened a second office in Storrington also in West Sussex.

For the next four years the company continued to grow and with the acquisition of the Tom Payne Partnership in 1996 ( a chartered surveyors practice that specialized in Commercial property) we started to diversify into retail , industrial and office premises across Sussex as well as continuing with residential sales and letting.

Over the next five years we built the company up to be one of the market leaders in Sussex. My role changed dramatically from meeting and advising new and existing clients, to managing increasing numbers of staff and directing the future of the company.

Many opportunities for further diversification were put before me over those years but initially I passed them by to concentrate on our core business. However one of the frustrating sales on behalf of clients was always older redundant Industrial buildings which achieved very low prices, as it was often considered that their serviceable life had come to an end. They would be knocked down and new properties built in their places.

Many of these building were over 50,000sq ft + and in the majority of cases built of a steel frame with asbestos panels for roofing and walls. No one wanted such large ugly buildings any more and the demand was smaller units of 1000 -5000sq ft with modern frontages.

On one such occasion I met with a client and looked at a building in Littlehampton ( shown below ) which was the original first warehouse for the Body Shop chain. It was a solid but a very unattractive older building with no appeal and had been on the market for sale for some period of time. The steel frame and the concrete floor plate was of the exact same construction as you would build today but the appearance was out of date.

After a few evenings working with a drawing board I put forward a proposition to the client for a a regeneration scheme which would retain the main structure of the premises and turn it into an appealing property again but split into a number of units as opposed to just one. Rather than them take a low price on the property we would increase the value and split the profit. A typical joint venture scheme. The client was impressed and we agreed to go forwards with our company fronting the scheme.

After sourcing a team including a project manager, ‘out of the box thinking’ architect and good building contractor we oversaw the development which turned out to be an enormous success ( see below before and after ) . This put our name into the business community in a way it had not been seen before. 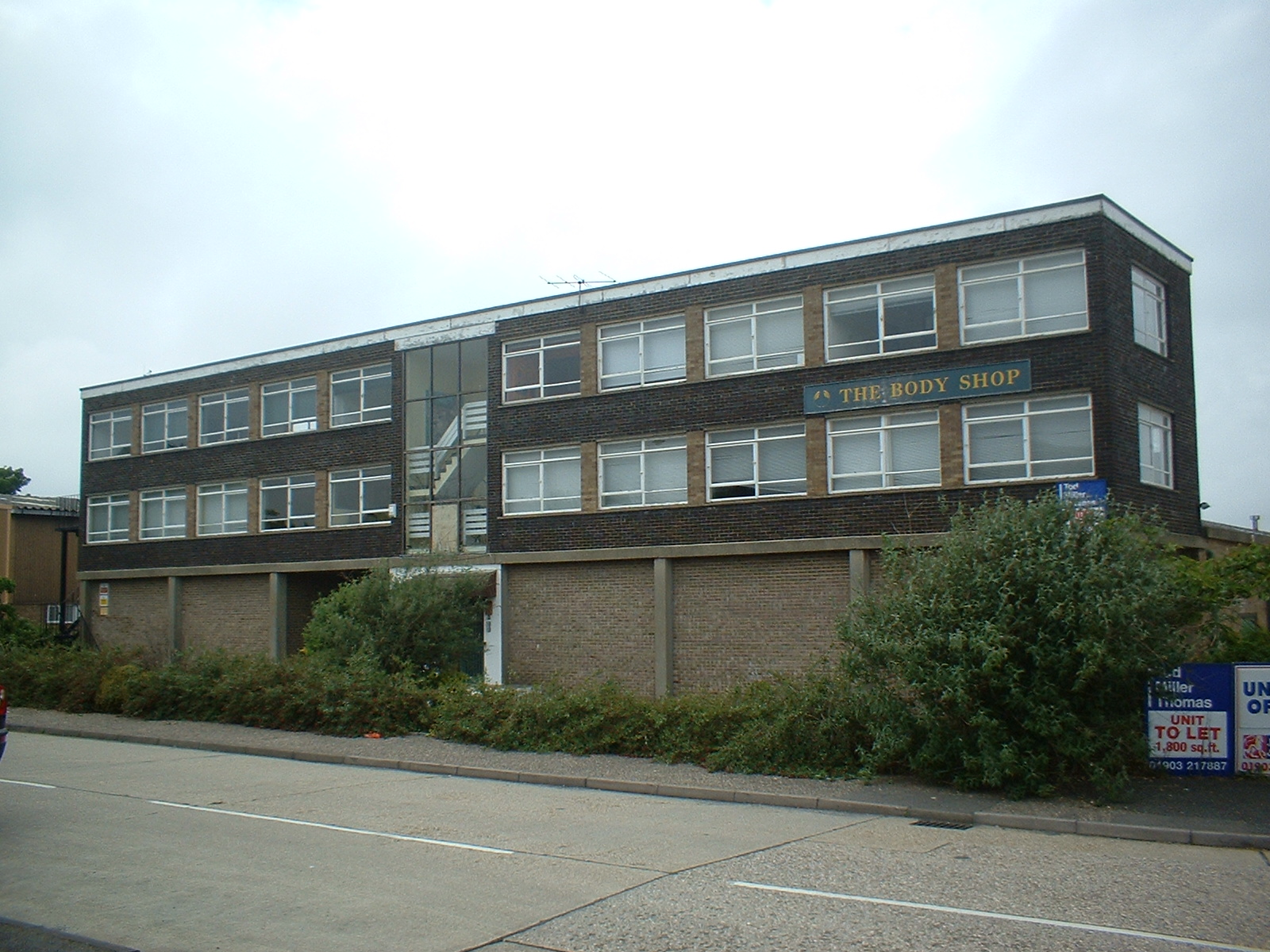 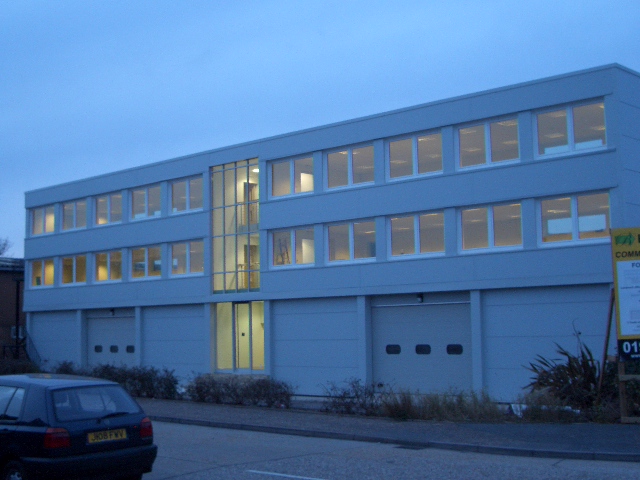 After
Enquiries started to flood in from new clients who had seen the publicity on this development and wanted us to consider joint ventures with them. Over the next few years we regenerated 6 major projects with sites ranging from 20,000sq ft to 350,000sq ft and from Sussex to Essex.

Eventually as a company we started to purchase buildings from other companies for our own retention and investment and to this day Becket Investments Ltd still owns a substantial amount of commercial property in the UK which is rented and managed by our own management company. 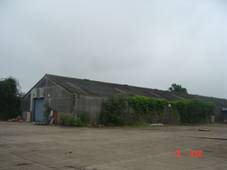 In 2007 we received a substantial offer for the company Brookers Commercial Property Agents which incorporated a guaranteed employment for the staff. Although this had not been a consideration, the timing fitted well with the increased work load of Becket Investments Ltd.

One of the considerations had to be the continued management of our own portfolio so the Sales Agency side of the company was sold and the Property Management retained and renamed Brookers Asset Management.

So…… After spending many years building and running companies with a lot of staff and responsibility I found ourselves in a position of a financially comfortable early retirement and to be blatantly honest after six months hated it and felt totally and utterly lost and bored. I play golf badly and it wasn't getting any better..

With the recession in the UK just starting to bite, it was not beneficial to consider any further regeneration schemes and I wasn't really up for reinventing myself again.

I had owned a holiday home in Naples Florida for a number of years and had often joked about moving to live there, and expand the company but it was always a joke and I had never really considered it seriously.

However after one holiday I came to the conclusion that this would offer the excitement and challenge that I so desperately needed and after working out a plan which, complied with the requirements of US immigration and gave me the opportunity, I moved to Naples in 2010 and started again from scratch with an expansion of the company back into residential real estate.

After such a long time in the industry taking a five day real estate training course to obtain a Florida Realty license was quite amusing, but did give me the legal status required to open a company.

If I were to be critical, I would have to say that I think it is very dangerous permitting Realtors with five days experience to go straight out and try and earn a living and also advise home owners on one of the largest assets they may have,. however that’s another story..

I launched the Brokerage company as Simply Think Florida Realty and opened with a small office in Naples, the objective being to slowly build the turnover of this office and give me the excitement I needed as financially my income was already paid from my previous and UK business career.

One of the reasons I wanted to work with British clients was not just because we obviously have something in common but also because there have been so many nightmare stories of fellow countrymen and women losing money in the real estate industry over here, just by not knowing 100% how the industry operates.

It is different from the UK and if you get it wrong, especially when tax is involved you can lose a lot of money.

Working under the guidelines of the Royal Institute of Chartered Surveyors for many years has given me the mentality of being property professionals as opposed to sales agents, this means that we only give black and white facts and do not try and bundle things up with glossy sales talk. Our role is to protect our clients.

What I did not account for when we opened in Naples was how strong the reaction would be from British home owners who liked the idea of having their Florida homes looked after, sold or rented and managed by a fellow countryman who they could relate to.

In a short period of time we turned over 5 times the amount we expected and according to the statistics produced by the Realtor industry over here we hit the top level of performers.

Over five years , Naples expanded to Fort Myers, Kissimmee, Orlando, Tampa & then Miami. In fact we now cover the entire area of Florida.

I had a good loyal group of staff taking over clients files once I had given the initial advise but as we kept growing year after year my work load started to become to intense and after searching for well over a year I head hunted Lee Blackston to join the company and take a joint role with me.

Lee hasn't worked in the UK market but has been a licesned and top performing realtor in Florida for over 15 years. Born in Manchester UK he has the same professional attitude as I do but also the same type of sense of humour  ( although we do support different football teams ) , so working with him is a pleasure.

100% of our business now is with British citizens.

I hope we may be able to help you one day